Scenes from Movies - Photographers and More

Photos from my collection depicting photographers, reporters or others with cameras or news equipment. And even stills shot off tv. But not limited to this limited definition.
Read More 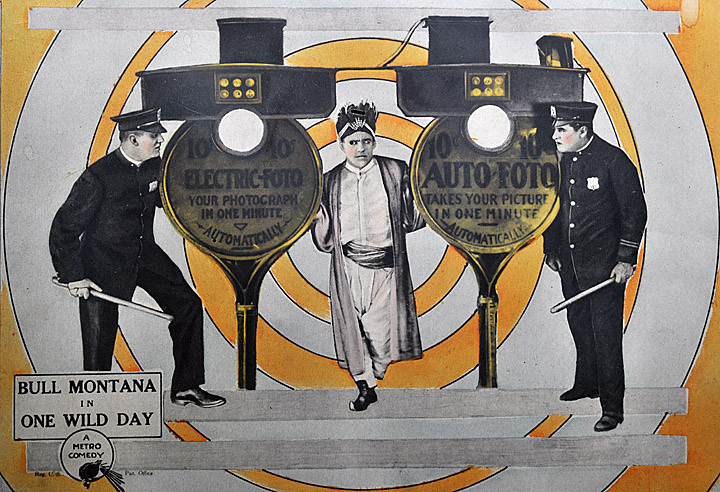 This lobby card for the movie One Wild Day shows a couple of photo-booth like contraptions called Electric-Foto and Auto-Foto for taking photos in one minute. Bull Montana (Lewis Montagna was his real name after his birth name Luigi Montagna) starred in this silent film (no date). Montana was a wrestler and gravitated to films in 1917. He also was in such films as the The Lost World (1926) and the serial Flash Gordon (1936). (Lobby card from my collection)